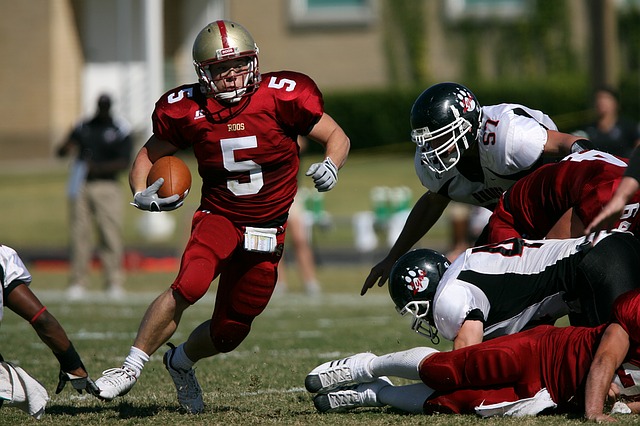 Football’s in session. Time for team gear, chili and shouting at the tv. (By the way don’t forget to scroll down for my favorite chicken chili recipe below).

Truth be told, I’m a fair-weather fan, but I do love a good, close game. I’ve scared the dog a few times from shouting at the referee, hoping the tv has ears. Can anyone relate?

The sport is fun to watch because there are many moving parts. Each player is impactful to the team, yet who gets the most press coverage? No matter how many stations you flip to, the camera is focusing on one key player, the quarterback.

Guess who gets the least coverage? You rarely hear much commentary about the center on the offensive line. You know the one, he’s in the middle of the pack hiking the ball.

Companies can be compared to football games. They also have a lot of moving parts. Departments with different functions all have an impact to the team. The leaders of those departments may have different styles, but they all are aiming for the same goal. Just like in football.

It takes a great leader to run an effective company and it takes an effective team to get results. The way a person leads may be different, but one behavior style is not better than another.

In my opinion, the two key leaders in football are the quarterback and the center. One gets most of the glory and the other stays in the background with the rest of the team, barely noticed.

How do they differ as leaders?

Which one is more important?

The Quarterback Leader gets results by:

Leading the play standing apart from the pack

Communicating to the team

Taking the ball and sometimes running with it

Finding the right fit to hand off for the win

The Center Leader gets results by:

Putting things in place to get started off right, smack in the middle of the action

Aiming at the target and passing it to get things rolling

Repositioning after the release to lean in with teammates for collaboration

Blocking and tackling for safety and protection to get the win

What kind of leader are you? To see where your strengths are as a leader, download my free Manager Assessment Wheel.

Share what you loved most about your favorite leader; I’d love to hear what made them successful.